This type of cargo requires special attention. While planning of such transportation should take into account all the parameters of cargo: one extra centimeter or hundred of kilos could force to change the route, or scheme of stowage and securing of the cargo. 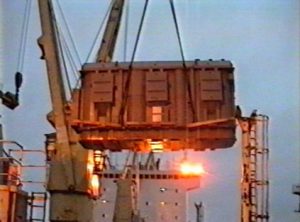 Our company since 1994 specializes in the transport of such cargoes.

So in November 1994. we organized loading  and transportation of the transformer weighing 170 tons from the port of St. Petersburg to the port of Calcutta, India for hydro power plant Bhakra on board of m/v “Kandalaksha”. 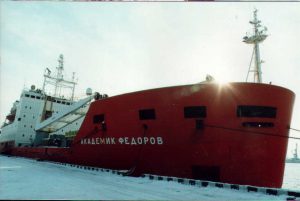 During the years 1995-1999 thousands tons of equipment and steel structures were delivered to Morocco for construction of hydro power plant Al-Wahda and to Syria for hydraulic complex Tishrin.

In most of cases we charter on-going vessels to reduce freight cost and optimize the route. For example ,once the cargoes to Morocco were shipped on boardof the scientific vessel “Akademik Fedorov” on her route to Antarctica. 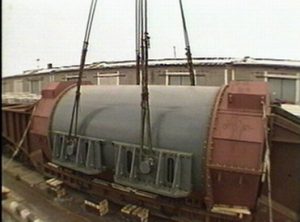 In 2000 we organized transportation of the stator weighing 370 tons and rotor weighing 90 tons from “Electrosila” factory via the port of St. Petersburg to the port of Ilyichevsk. For this purpose were used a unique 400-ton rail transporter and specialized vessel «Svenja». Transshipment at the port was carried out by the floating crane “Demag”, in fact on its maximum capacity. At the port of Ilyichevsk stator and rotor have been reloaded on the board of the m/v “Trina” which brought them together with the other equipment to China for Suizhong hydro power plant. Our client in this case saved on transportation about 160 000 USD compared to the cost of direct  transportation from St.Petersburg to Ilyichevsk on the rail transporter. 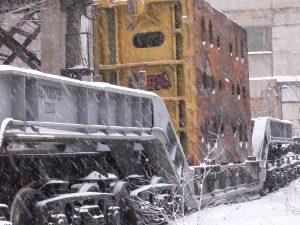 In 2004, we carried out a full complex of works of dismantling, shipping, railway transportation, accumulation and handling in the port of St. Petersburg’s unique press (with a nominal force of 10 000 tons). The total weight of transported cargo was 1750 tons, including 12 heavyweights from 60 to 150 tons. We engaged 13 special rail transporters included three 200-ton 16-axis transporters (see. photo) and eight 120-ton 8-axle transporters. We have been able to load and lashed the major oversized units placed them in a vertical position. 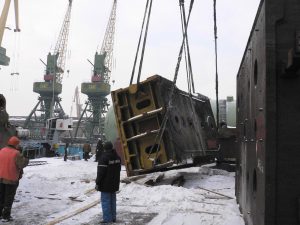 At the same time, spending some money for securing of cargo (on each transporter had taken 1.5-2.5 tons of steel) (see photo) we have avoided the lateral oversize and cost of railway tariff felt in 3 times Unloading from rail transporters and loading on the board of m/v “Valentin Pikul” were carried out by floating crane “Bogatyr” of 300 tons capacity (JSC “First Stevedoring Company”). 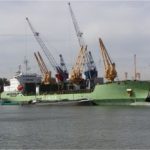